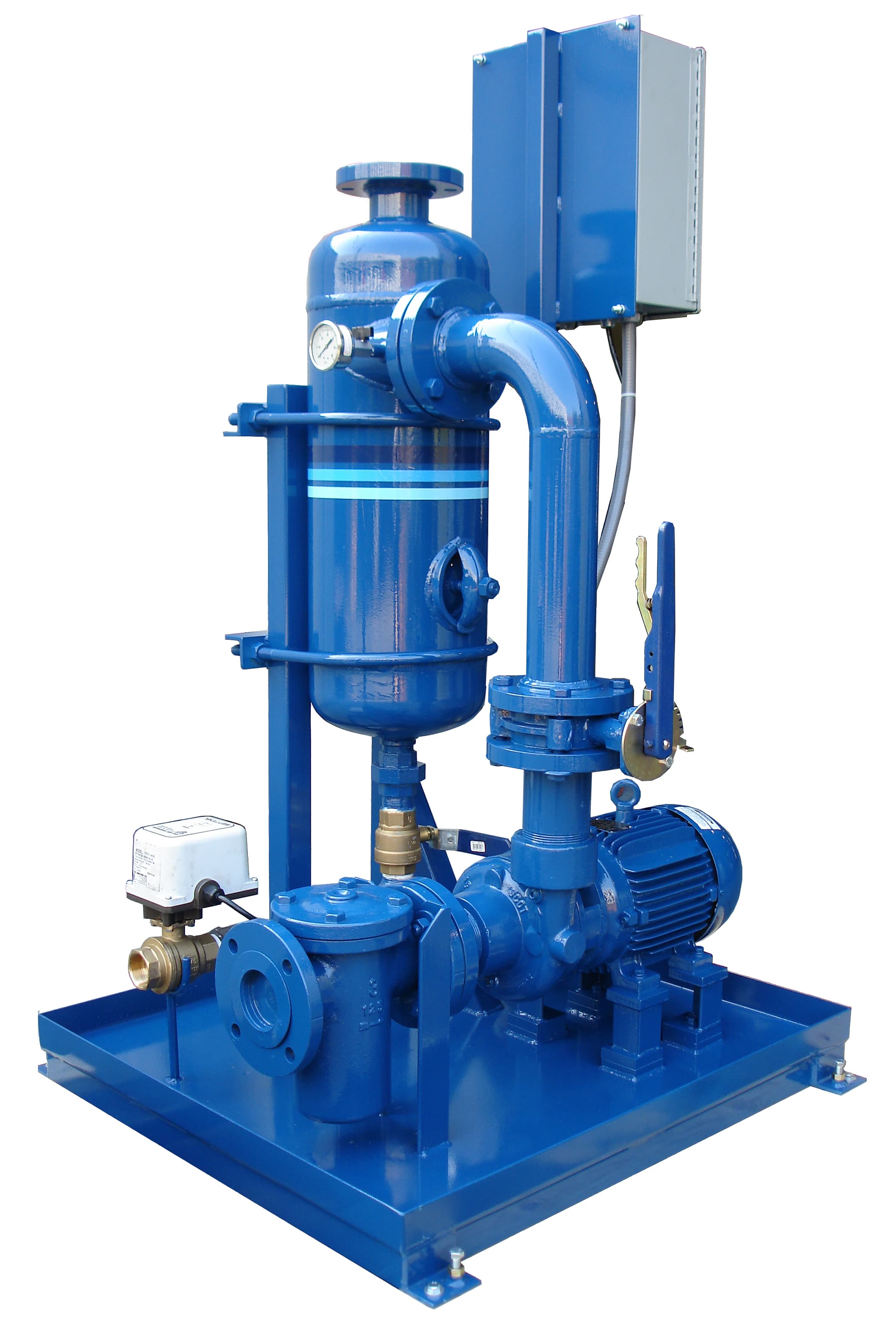 An SBS Tower Scour is a centrifugal separator that filters a flow of liquid by using centrifugal force, without any filter media, to remove 50-micron and larger separable solids from a fluid stream.

Tower Scours are used primarily in filtering cooling tower water, but they can be used in any fluid application with viscosity under 80 Seconds Saybolt Universal (SSU) to remove unwanted debris.  The debris is flushed out the bottom through a time activated valve.  In applications where the debris needs to be contained, the SBS Smart Filter and SBS Sludgebuster are attractive alternates.

SBS recommends the use of eductors to stir up the heavy debris towards the pump suction.

Solids Build Up
The very basis of heat dissipation employed by a cooling tower is evaporation. A cooling tower must evaporate 1.5% of the total flow for every 10° of cooling. Consider a 300 GPM system cooling a 10°F range. 1.5% of the flow translates to 6480 gallons of water evaporated per day. At a solids ratio of 150 parts per million, this evaporation loss leaves behind over 2700 pounds of lime, iron, sulfur, etc. per year. This debris will severely effect the cooling efficiency of the secondary heat exchangers as well as offering a safe haven to water borne bacteria, such as legionnaires’ disease. Tower Scour removes the solids and supplies a constant, metered blow-down to assure a clean, clear flow with minimum water use.

Airborne Debris
Cooling towers propel air through water to enhance evaporation. As this air travels through the tower, it is washed of most dirt, dust, pollen, etc. This debris ends up in the cooling tower system and eventually works to foul out cooling surfaces. This debris also harbors bacteria which also cause foul odors and severe metal corrosion. Tower Sour flushes dirt out of the system, eliminating “safe havens” for bacteria, without chemicals.

Chemical Usage
The chemical approach to bacteria control should be fraught with concern. Biocides are toxic chemicals which have been selected for their ability to kill living cells. Face shields, gloves, chemical aprons, etc. should be used whenever handling these materials. Tower Scour will greatly reduce or eliminate the need for chemical treatment. Simply piping in a Tower Scour Separator into the main circulating loop assures that 100% of your flow is centrifugally cleansed before the water goes to your cooling equipment. Through the use of a timer, the purge valve, located in the bottom of your separator, is opened periodically to flush the debris to the sewer. No more accumulated limes, iron, or odors. No more dirt to harbor dangerous bacteria. We all can live a little better with a lot less chemical involvement in our lives.